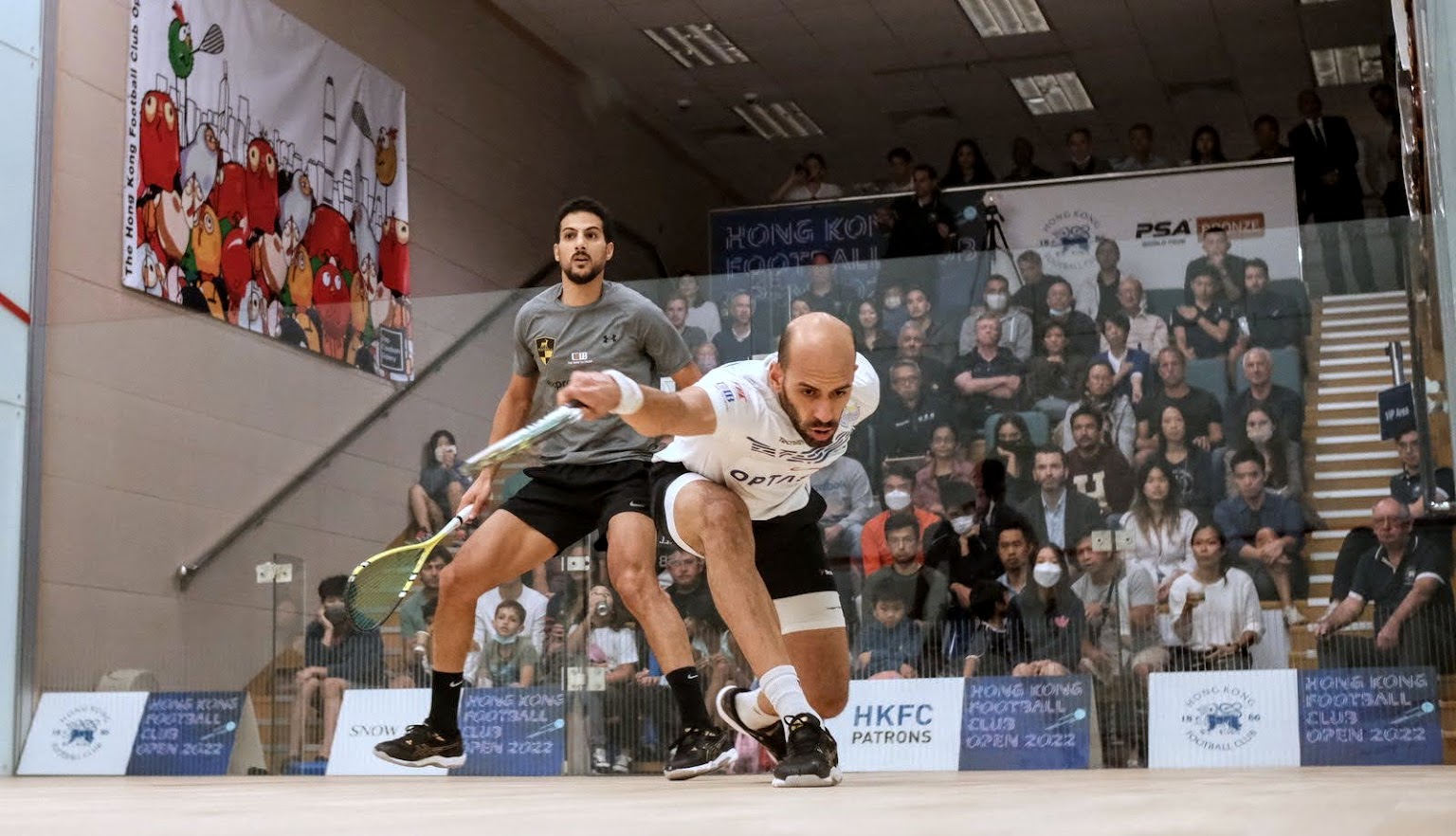 Top seed Marwan ElShorbagy prevailed in an all-Egyptian final at Hong Kong Football Club. Second seed Mazen Hesham had shown some sparkling form on his way to the final, and had beaten Marwan in their two meetings this year.

Tonight though, Marwan largely neutralised Mazen’s attacking skills, not that it was ever easy with the players producing some amazing rallies, and a few discussions with the ref too …

Marwan made a good start to the opening game and although Mazen pulled a few points back Marwan closed it out to lead. It was Mazen who pulled clear in the second though, and Marwan let the last couple of points go. The top seed regained the momentum from the start of the third as he retook the lead, and similarly in the fourth, with Mazen getting increasingly frustrated by some of the decisions that weren’t going his way.

For Marwan it’s a fourth final of the season but he’s looking to claim his first title. Mazen was the winner of the recent Malaysian Open Bronze event, and although he trails the H2H 5-2 he’s won the last two meetings, both this year.

You can Watch Live, follow the updates on our Social Media and Photo Gallery, and we’ll have a report here after it’s all over …