After a three-year break the HKFC Open got under way this evening with eight first round matches, with the seeds waiting in Round Two for the winners.

The matches started with Alex Lau winning in dramatic style, and ended with local hero Max Lee bowing out in his final PSA tournament.

Alex goes through in dramatic style as Max bows out

Well, what an opening pair of matches! Two five-setters, two comebacks from two-nil down, one successful, and controversy by the bucketload. 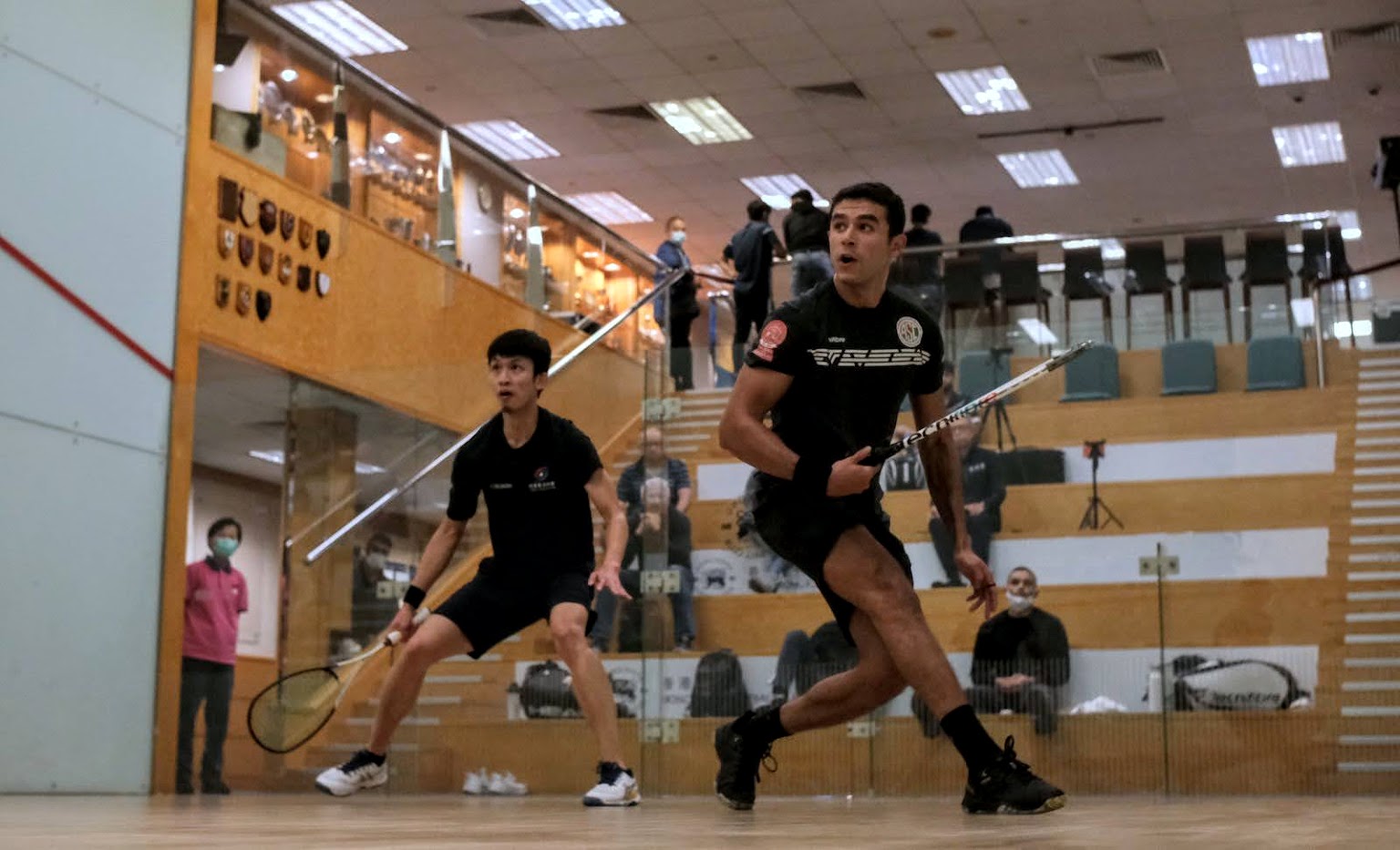 Mohamed ElSherbini took on local Wong Chi Him and went two games up, saving two game balls in the second. He then lost the next two games, and saved three match balls on his way to a 15-13 win in the decider!

“I lost my last match 3-2 and I didn’t want to lose 3-2 again, I’d worked hard for an hour I didn’t want it to go to waste! I feel I have a different gear when I’m down, I’m more patient and wait for the opportunities, I’m just grateful I survived! 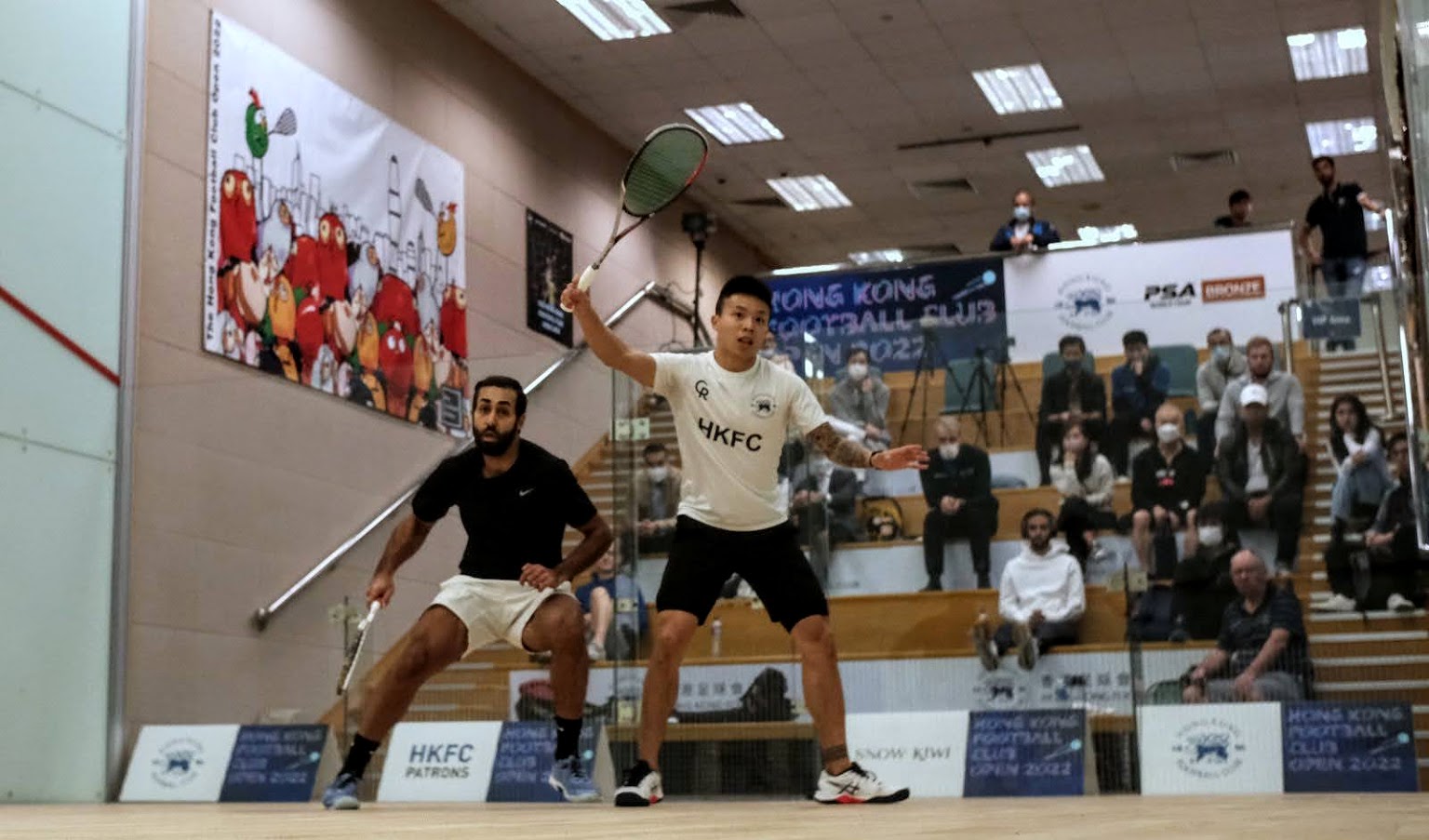 Alex came back strongly to take the third, then it all kicked off towards the end of the fourth. It was close all the way, with both players – but especially Hammamy – getting bemused and outright angry at some of the decisions. 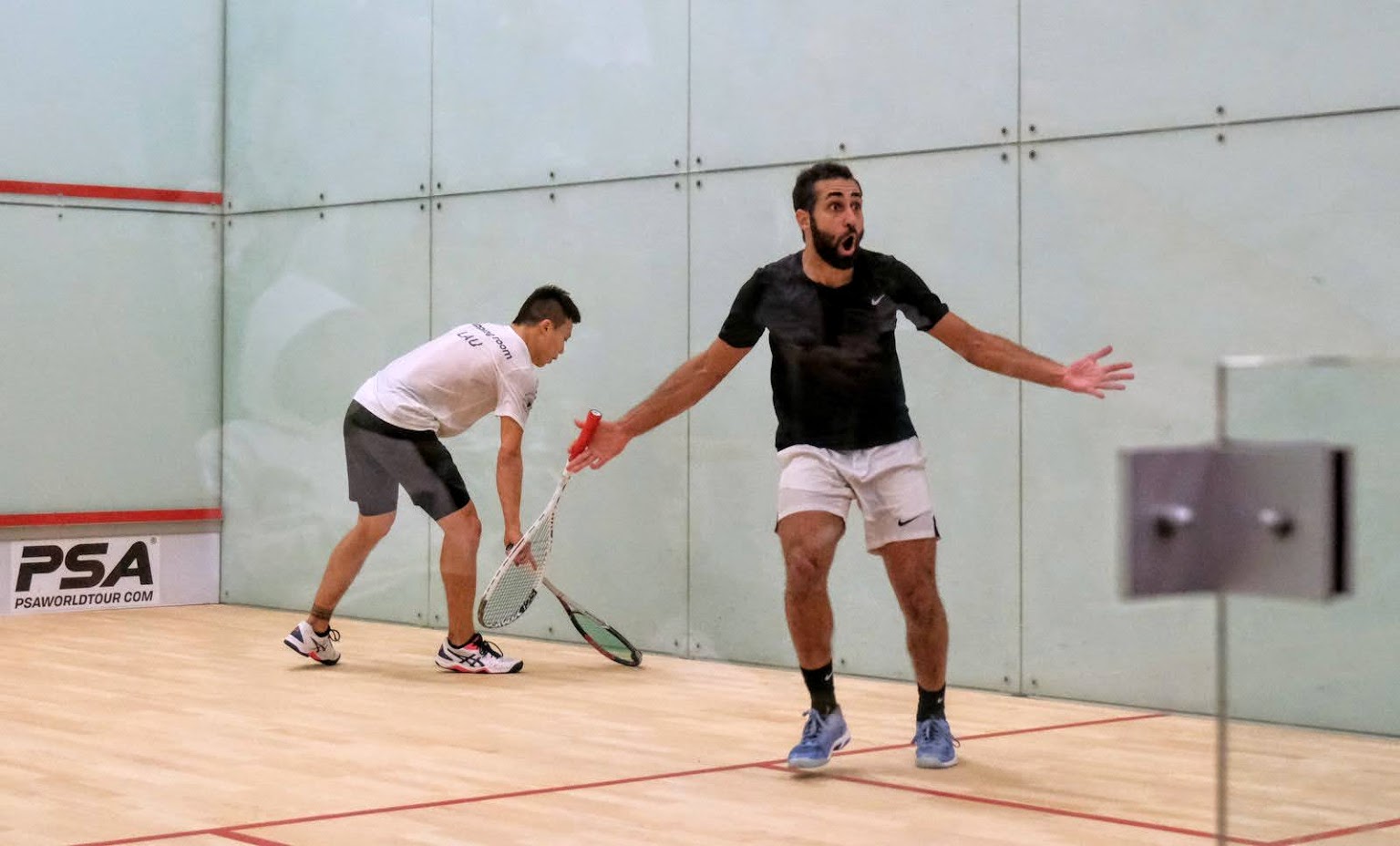 As Alex took the game 13-11 on a conduct stroke, Hammamy looked like he was going to refuse to play on, demanding a change of referee.

Tournament Director Carlos Cornes calmed it down and got the Egyptian back on court for a fifth game that was again close, but it was Alex who managed to pull away at the end to claim another upset win. 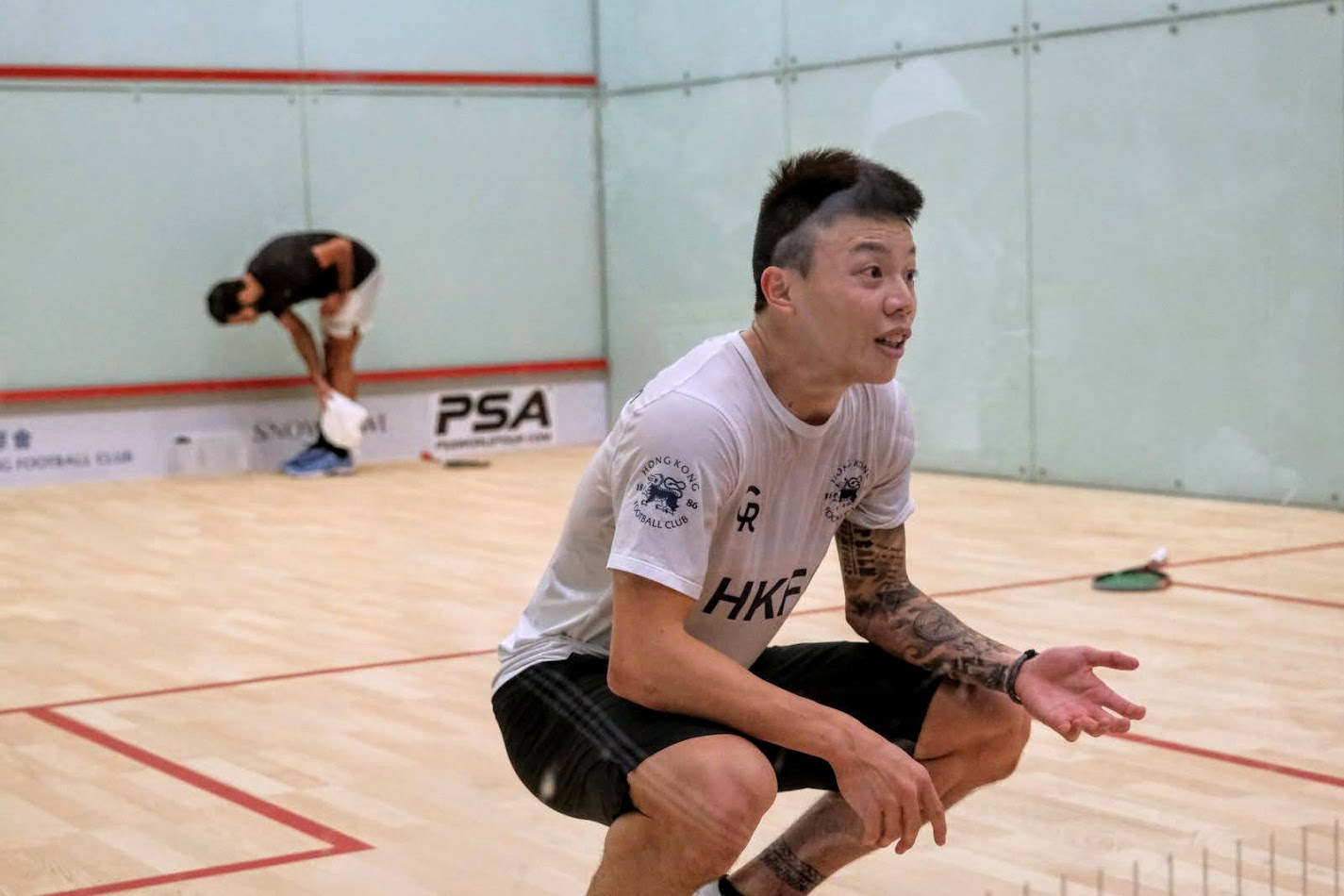 “It could have been better ! I couldn’t control my shots at the front of the court in the first two games, I tried to control the pace but it wasn’t until the third I started to feel comfortable.

He was talking and arguing with the ref, it disturbed me a little, but I’m glad I managed to get through it. I managed to save those match balls in the fourth and played well in the fifth.

The next matches matches were much less dramatic, as Aly Abou Eleinen and Dimitri Steinmann both won in straight games to claim their expected second round spots, while Balasz Farkas and Juan Camilo Vargas both upset 9/16 seeds in straight games.

The final two matches saw home hopes exit as Scotland’s Rory Stewart overcame current HK #1 Henry Leung in four games, and Bernat Jaume  brought the PSA career of HK legend Max Lee to a close, also in four games but Max, urged on by the home crowd gave it his all. 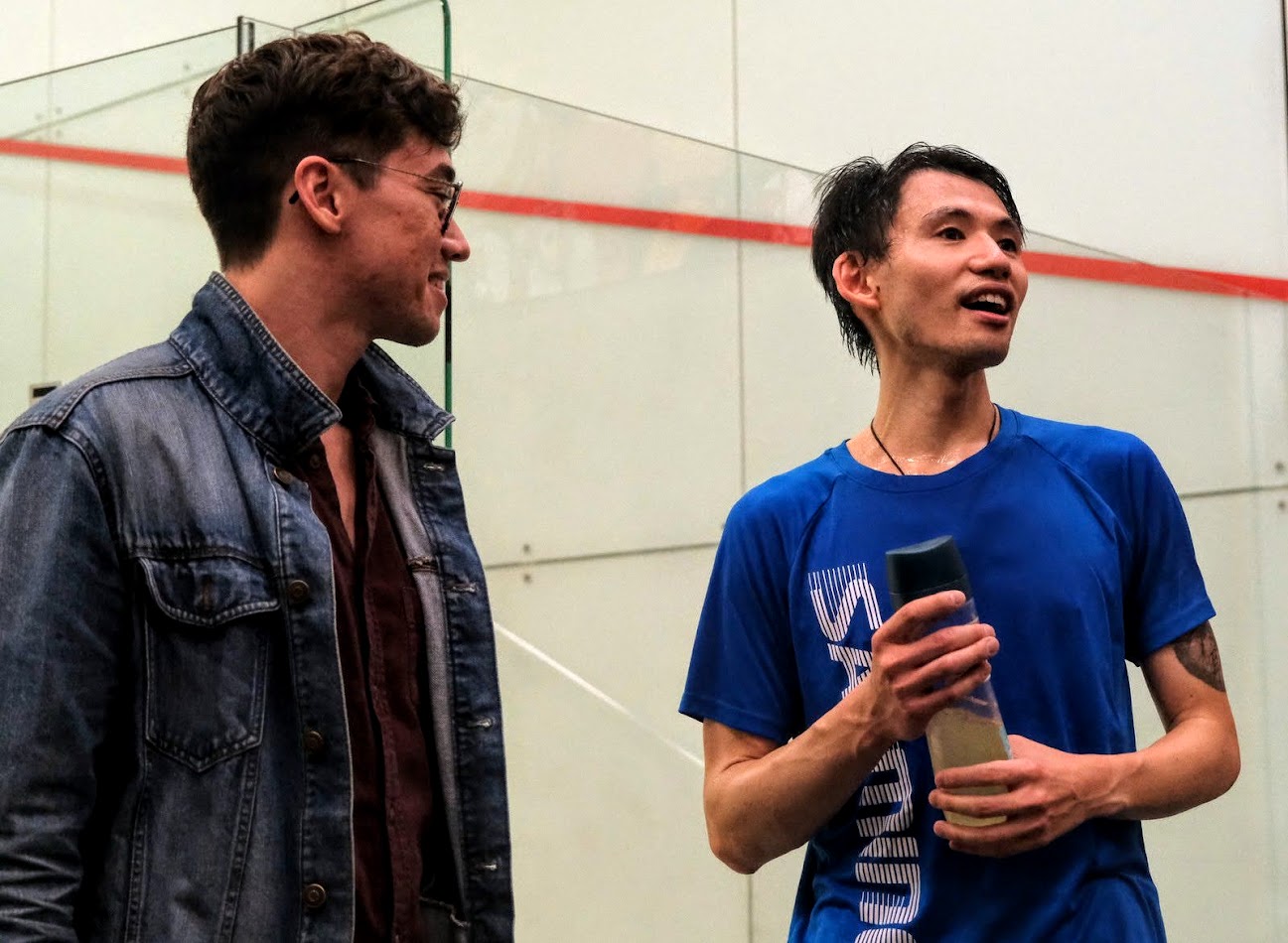 “It’s been amazing to travel the world playing squash and meeting so many people, and to have had the support of all of you and HK Squash and this Club, I’m really grateful for it all.

“I’ll still be around, coaching and playing squash, although maybe not every day!” 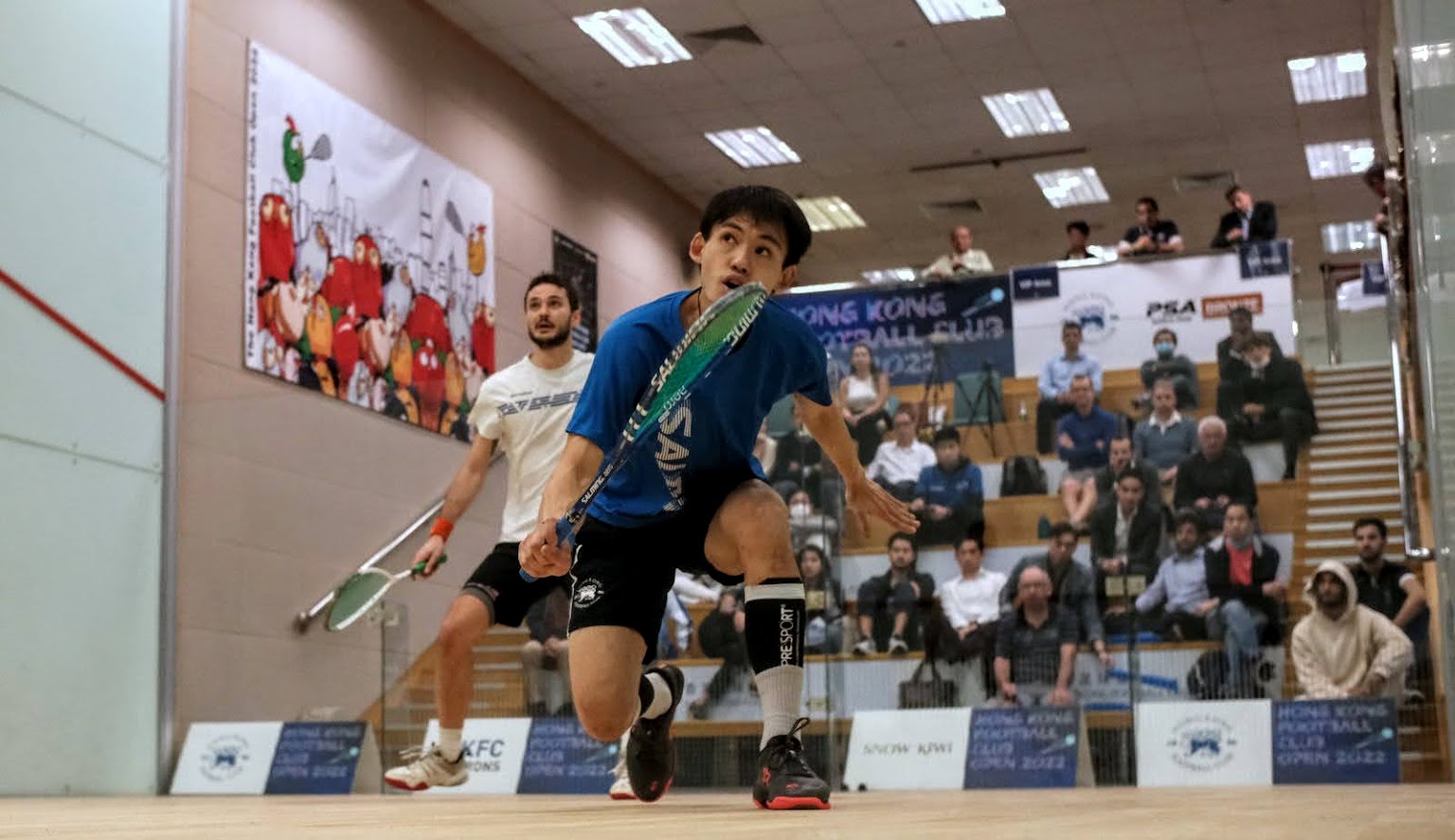