Top seeds ElShorbagy and Hesham through to the final

It will be an all-Egyptian final between top seeds Marwan ElShorbagy and Mazen Hesham after contrasting semi-final wins tonight.

See how they did it below … 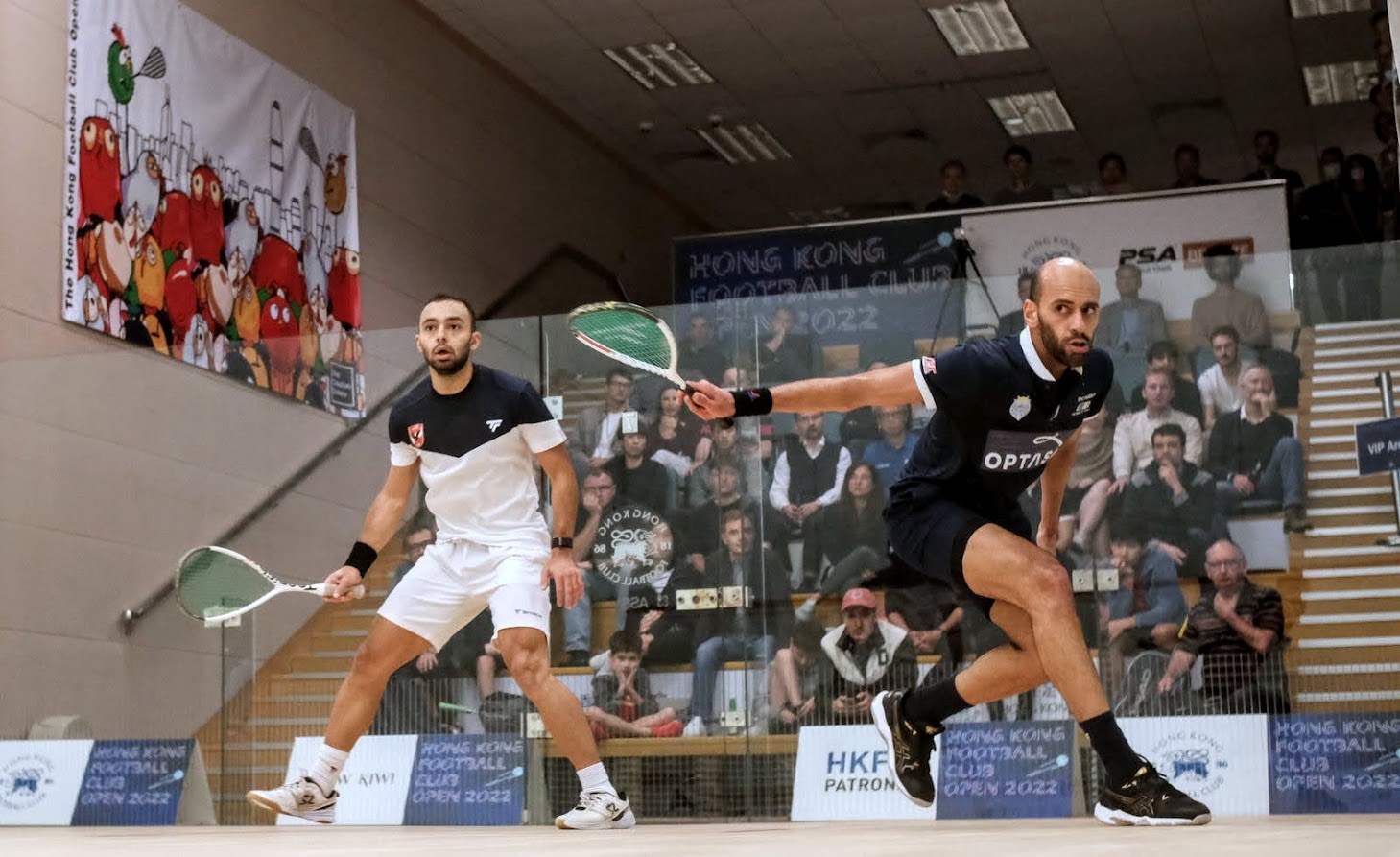 Phew what a thriller ! This all-Egyptian battle – and at times it really was a battle – swung one way and the other as Marwan controlled the first game to lead only for Youssef to hit back emphatically in the second with Marwan letting the last couple of points go. The third was a monster, ferocious hitting, frantic running, spills and more than its fair share of remonstrations with the referee – at one point Marwan was off court holding his shoe demanding how he was supposed to play on when it had been slipped off by contact with Youssef. That was because he got a no let of course.

Youssef reached 10-9, Marwan saved it and had a game ball of his won only to tin it, and Youssef took his second opportunity to take the lead.

The referee asked the players to calm down at the start of the fourth, and it worked, mostly anyway. Compared to the third the last two games were a little subdued, Marwan controlling the third to level and opening up a 6-0 lead in the decider.

Youssef fought bck to as close as 8-9, but the last two points were Marwan’s the final one a stroke in the middle of the court. 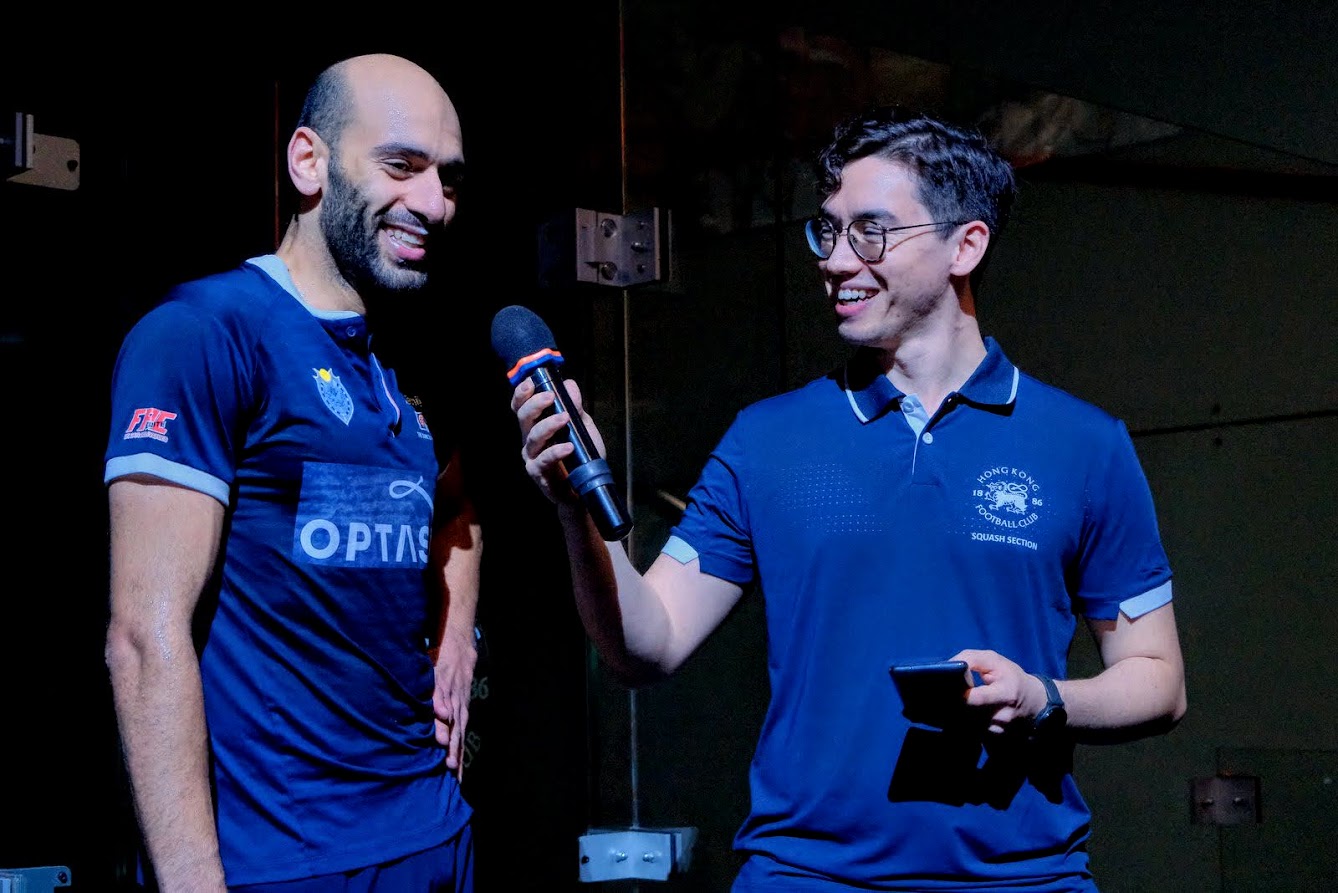 Youssef and I are close, we lived and trained together in Bristol for a while, and had the same coach in Egypt, but when you get on court you just want to win.

That was a tough battle, glad to com through to my fourth final of the season. I lost the other three so hopefully I can turn that round tomorrow ! 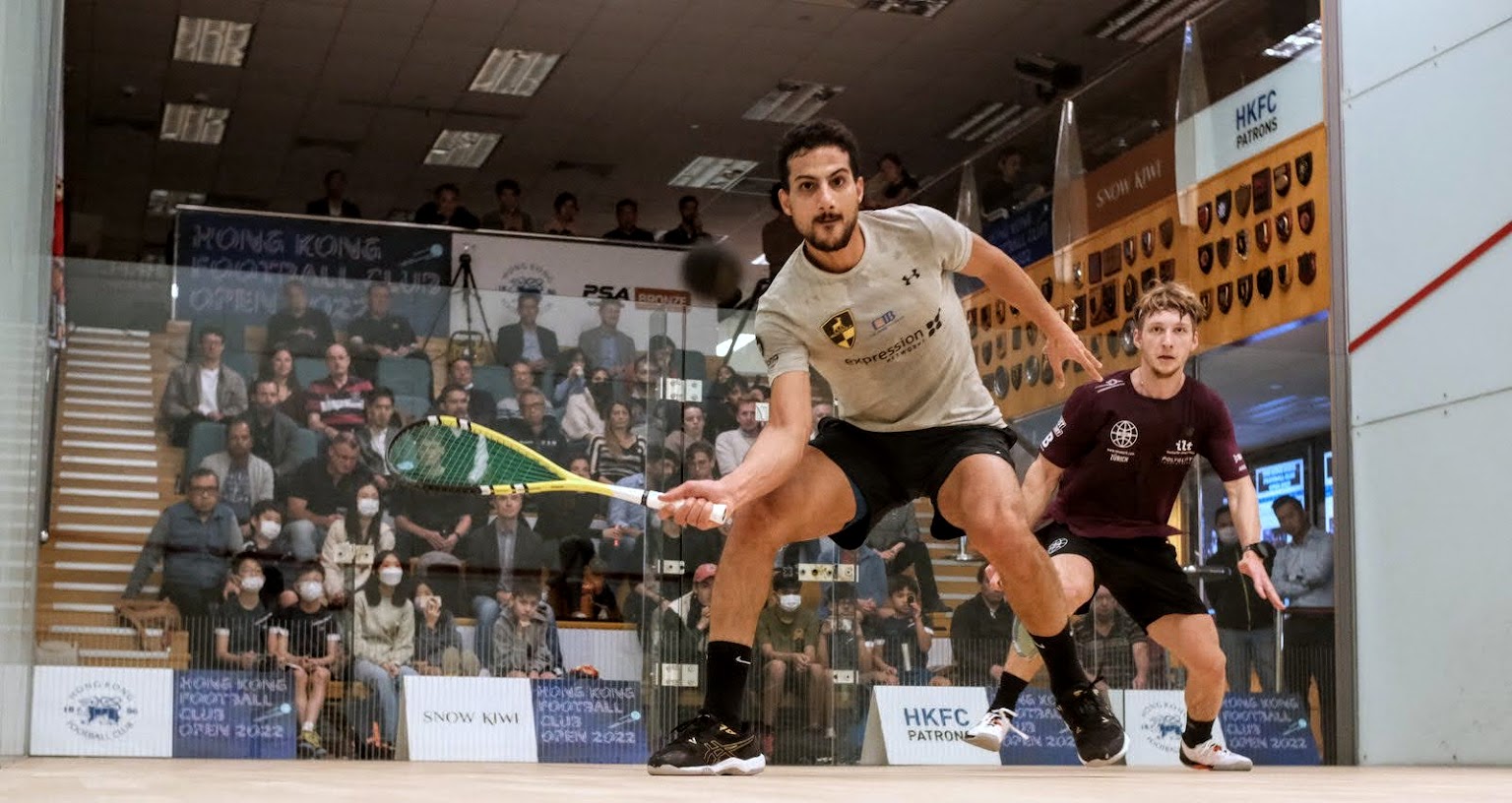 Appearing in his biggest – and first Bronze – semi-final, Swiss Dimitri Steinmann’s run came to an end at the racket skills of Mazen Hesham.

The Egyptian was in control in the first game, dazzling the crowd with his nonchalant winners, and continued that vein in the second as he opened up an 8-2 lead. 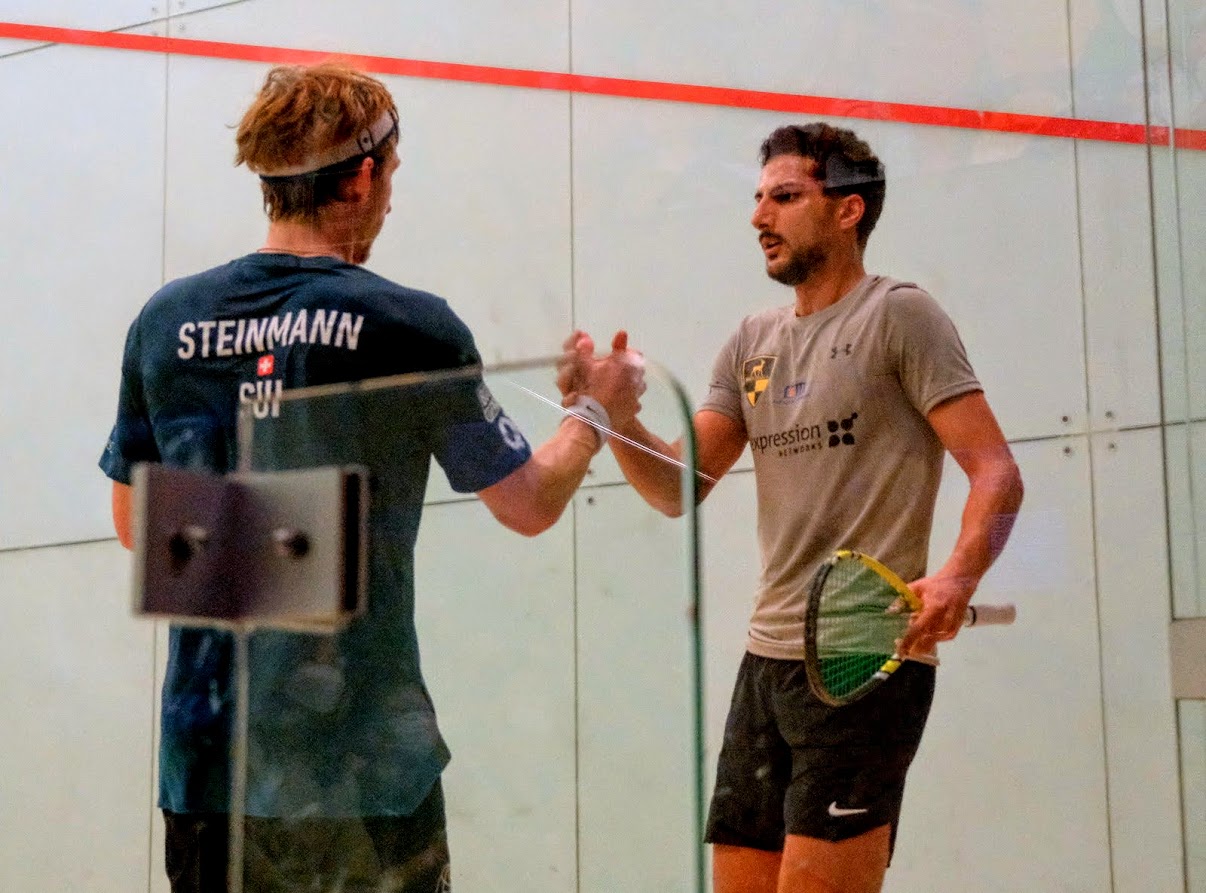 Steinmann had his best period of the match as he got back as close as 7-8, but Hesham pulled away again to double his lead, and was always well ahead in the third.

“I’m very pleased with the level of my performance tonight.

Dimitri’s playing very well so I knew it would be tough and to get off in three is a bonus.”

First up is Egypt’s Mazen Hesham, recent winner of the Malaysian Open Bronze event and second seed here, against Swiss surprise package Dimitri Steinmann, who has already accounted for the fourth and fifth seeds.  This will be their first PSA meeting.

Then it’s top seed Marwan ElShorbagy against fellow Egyptian Youssef Soliman. Marwan will be aiming to reach his fourth final of the season while Youssef is looking to reach his second, having won the Zed Open Bronze title to open the season. Marwan leads the H2H 2-1, having won both of their meetings this year.

You can Watch Live, follow on Live Scoring and on our Social Feeds and Photo Gallery, and we’ll have reports and reaction right here.